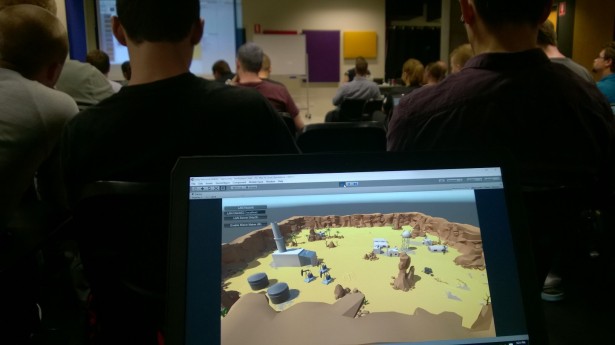 Last week I attended the Unity Roadshow in Brisbane, and I have very mixed feelings about it. Firstly there was very little information that went out besides the invites and a brief program. Of course I expected it to include some “advertising” of Unity, but not nearly as much as there was. Some great information was shared especially for Unity newcomers, but the event was definitely light on in-depth look at features. Here are some of the topics that were covered:

On trello I have added a number of tasks with an Alpha Content label which I’m working on at the moment. In the past week I created 20 in game events. They still need more fleshing out (post-alpha), probably some rewording and images, but it’s a good start. Most of them have tongue-in-cheek humor which I need to test with alpha audience to see if they work or fall flat. Some of the headlines include:

As a part of this I have also expanded the effects of events which can now impact:

Next up: a few items in the shopping store.